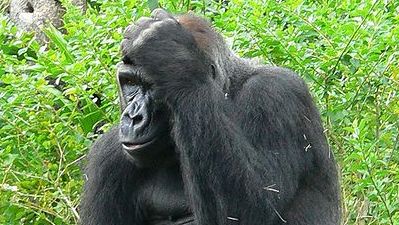 Although the so-called Gorilla corruption affair, which caused thousands to take to the streets earlier this year, has taken a bit of a back seat lately, some formal progress is being made in the investigation, according to interior minister Robert Kalinak.

Kalinak presented a brief 2-page status report to parliament yesterday on the progress made in the investigation, which is based on narrated transcripts of alleged conversations between top public officials and financial group Penta, which were made as part of the operation codenamed Gorilla carried out by the secret service SIS in 2005 – 2006.

A special team was set up to look into the allegations, which Kalinak says has already collated around 60,000 pages of evidence and interviewed over 50 people, but with no specific progress made and no forecast as to when the case might be concluded. Parliament motioned Kalinak to provide another status report in January 2013.

Lawyers of Penta partner Jaroslav Hascak, who is a key player according to the reports, have contested Kalinak’s action as illegal, as he has no legal right to present a report to parliament about an ongoing investigation from the position of interior minister.

Hascak’s lawyers managed earlier to ban the publication of a book on the case by journalist Tom Nicholson, but the court ruling was overturned and the book finally hit the shelves in July.

A renewed public protest took place at the weekend, but only attracted in the range of 50-100 people, as if people have almost accepted the fate of the case, and their own after the elections. Nicholson is also not so confident that any specific charges or liability will be imposed from the investigation, which will probably stretch out until forgotten or become buried in the growing pile of unresolved cases.