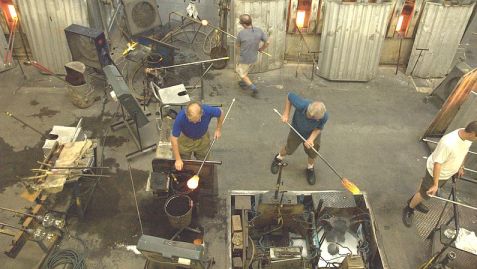 The company that won the tender, Convey a.s., acquired the glassworks for EUR 910,000, just EUR 10,000 less than its nearest rival, the company AHG from Germany, which had submitted its bid three days earlier.  This was all the more suspect as Convey put in its bid on the last possible day.

The daily also claims that the company is already trying to sell the company on to the losing bidder at a much higher price and that it has applied for investment stimuli worth EUR 11 million. The company is reportedly linked to affluent businessman Vladimir Poor, who is long suspected of being one of the main sponsors of Robert Fico’s governing Smer-SD party.

Neither Convey nor AHG Industry wish to comment on the allegations that the company is being offered for sale just one month after the tender, but an unnamed source told Hospodarske Noviny that Convey had requested a price several hundred thousand over the price it offered for the glassworks, but which it has not yet even settled.

On the subject of stimuli, the daily informs that Convey has requested EUR 11 million  in tax relief and other stimuli, having already lodged a request with the Ministry of Economy. The money saved should then be used to get the operation off the ground and regenerate the 400 jobs that were lost at the plant.

So now the request for investment aid will be passed to the stand-alone government of the Smer-SD party, which should give the thumbs up to the stimuli, or not.