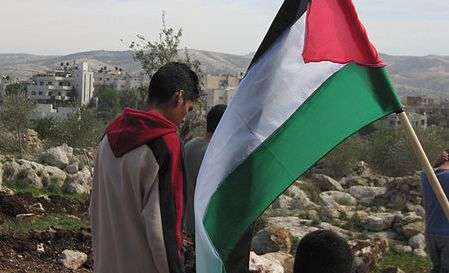 Slovakia wasn’t going to step on anyone’s toes in today’s UN General Assembly vote to establish Palestine as an independent state and so was among the 41 countries to abstain, while almost three quarters of the assembly voted in favour (138 for, 9 against).

The statement released by the Ministry of Foreign Affairs reads as follows:

Slovakia supports the idea of independent Palestinian state living side by side in peace with the Jewish State. At the same time, Slovakia is of the view that achieving full statehood for Palestine should come as a result of peace process, not as its beginning. The issue of statehood has its internal logic and often complicated sequence. The United Nations decisions should serve as confirmation of negotiated solutions.

The voting position of Slovakia is not to be linked with the current situation and realities on the ground in the occupied Palestinian territories. It does not mean Slovakia is retracting from condemning continued expansion of illegal Israeli settlements or unilateral steps of both sides of the conflict. Slovakia strongly condemns all forms of violence, terrorism and abuse of human rights. The result of the vote also means responsibility for the representatives of both sides to actively contribute to the resolution of the conflict in the Middle East by peaceful means.

We believe, only a negotiated solution can lead to stability, prosperity and lasting peace between both nations. Our interest is in a final solution to the Israeli-Palestinian conflict which can be achieved only through bilateral talks, which we urge both parties to commence without delay.